Secrets Hidden in These Cities' Designs

When you are walking the streets of a big city like New York or London, you are probably not thinking about the design of the city itself. You are thinking about the tall buildings, the beautiful architecture, and the crowds all around you. But if you look closer, you will notice something pretty amazing: these cities have been designed to influence the behavior of the people who live in or visit them. Here are three secrets hidden in cities' designs that will surprise you, and maybe just change the way you see your own city forever.

San Francisco may have been the birthplace of skateboarding, but that doesn't mean that city officials liked this hobby. In fact, they asked architects to come up with a design for the city that would discourage skateboarding in certain places, making sure that other residents had more peaceful places to walk, sit, and spend time outdoors. The architects' solution came in the form of "pig's ears," which were "metal flanges" placed on low walls, curbs and the edges of the pavement to prevent would-be Tony Hawks from grinding on these places and doing flashy stunts. The pig's ears created a sort of barrier that made it difficult - perhaps impossible - for a skateboarder to skate along the edges of these structures, thus creating "safe zones" in the city where no one had to worry about getting hit by a flying skateboarder.

A big problem in most major cities is the fact that people tend to sleep on pretty much any surface they can find. The city of Calgary came up with a design to eradicate this problem, though. Thousands of bowling ball-sized rocks were placed under the Louise Bridge to prevent people experiencing homelessness from setting up camp there, or troubled teens from gathering to engage in bad behavior. While this was its true purpose, the design looks so artistic and aesthetically pleasing that most visitors think that it was just a pleasant choice in landscaping. This proved to be so effective that other cities used similar ideas in their own designs, without anyone ever knowing the true purpose of those large, pretty rocks.

The award for most ingenious city design secret goes to the UK's city of Camden, which came up with what has been termed the "Camden Bench." You may have seen these "benches" in other cities as well, and thought that they were just pieces of abstract art you could sit on. In reality, though, the Camden Bench is an "anti-object," or a bench that is purposely designed to be uncomfortable for anything but sitting after a short period of time.

These benches were designed to keep drug dealers from stashing their wares in any nooks and crannies beneath them, as well as to keep people experiencing homelessness (or those who have just had too much to drink at the local pub) from lying down on the bench to sleep. To make it even more impressive, the surface of the bench is made of a special substance that makes it "impervious" to things like graffiti and stickers and other forms of vandalism. So the next time you think you are looking at a piece of modern art on the streets of Camden, you might just be looking at a bench! 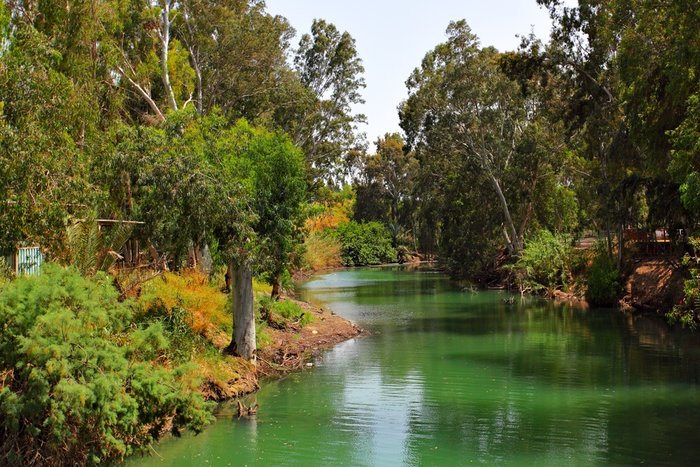 What river feeds the Dead Sea?

7 Things You Never Knew About France