Things You Didn’t Know About Idaho

Dominated by the Rocky Mountains, Idaho marvels with its spectacular natural beauty in the Pacific Northwest. This lesser-traveled state is most famous for the unblemished wilderness of the Idaho Panhandle, gemstones and potatoes. It is crossed by the Oregon Trail and has several historic sites from the Lewis and Clark Expedition. But how much do you really know about the 14th-largest U.S. state? Here are three things that you probably weren’t already aware of.

If you aren’t sure what to do in Idaho then plan your visit around some of the state’s record breaking natural and manmade attractions. Head to Lake Coeur d’Alene for a stroll along the 3,300-feet-long and 12-feet-wide waterfront boardwalk. Find great dining, shopping and entertainment on Island Park’s 36.8-mile-long Main Street. Should you fancy an overnight stay, then book in at Cottonwood’s Dog Bark Park, thought to be the world’s only guest house shaped like a beagle. An Idaho cattle farmer once sold a Hereford bull for $600,000, and the Silver Mountain Resort boasts the longest single-stage gondola ride.

Perhaps surpassing them all is an Idaho resident called David Rush. As of 2018 he had achieved no less than 50 individual Guinness World Records. The Boise native’s records range from apple eating juggling to the most juggling catches in one minute (with three balls) and most socks removed blindfolded in one minute.

The Combined Length of the State’s Waterways Is Equivalent to Almost 40 Widths of the U.S.

The Snake River, Bear River, Kootenai River, Lake Pend Orielle, and Coeur d’Alene Lake are just a selection of the many rivers, lakes and reservoirs that cross Idaho. If you were to put them all together they would amass a length of 107,000 miles, which is the equivalent of 38 times coast to coast across the U.S. These waterways boats some incredible feats. The St. Joe River is set at 6,487 feet above sea level and is the highest navigable river in the world. Hells Canyon, on the Snake River where Idaho meets Oregon, plunges to a greater depth than the Grand Canyon. Shoshone Falls, also on the Snake River, is taller than Niagara Falls.

Up for a true watery adventure? Sail from the Pacific Ocean via the Columbia River and Snake River and you’ll eventually arrive at Lewiston, the most inland port on the west coast.

Idaho Is Home to Over 100 Mountain Ranges

The name Idaho is said to derive from a Shoshone word meaning Gem of the Mountains. If true then it could refer to the 114 named mountain ranges that cross the state and extend into neighbors Montana, Wyoming, Nevada, Oregon and Washington. Within the ranges you’ll find lofty peaks, deep valleys, dense woodland and wildflower meadows in addition to abundant opportunities for year-round outdoor adventures. The Rocky Mountains pass through Yellowstone National Park, on the Idaho-Montana border. In the Smoky Mountains, Bald Mountain has around 2,000 acres of skiable terrain. The 12,662-feet-tall Borah Peak lures trekkers while Cache Peak is a popular climbing destination and affords magical views of the Teton Range. 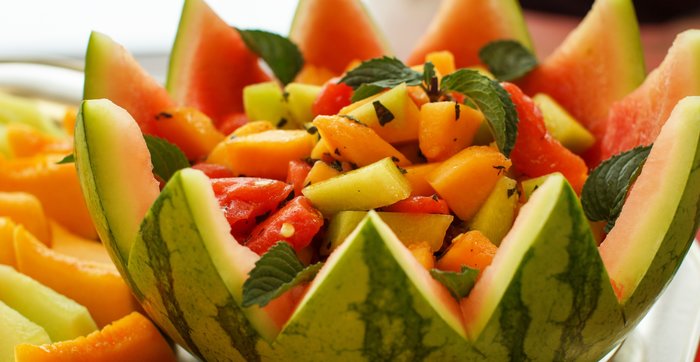