Countries Outside the U.S. That Also Experience Tornadoes

While we in the United States get plenty of extreme weather, we're not the only ones. Even that most classic of Midwest weather phenomena — the tornado — is not exclusive to the States. Here are five other countries from around the world that also experience the ominous, funnel-shaped storms. Whether you call them tornadoes, twisters, or cyclones, one thing's for sure: we're not in Kansas anymore.

Relative to its size, England has more tornadoes than any other country in the world, with approximately 34 striking every year. The most susceptible region is in the Thames River Valley between Reading and London, while a second vulnerable region lies along the route from Bristol to Manchester, near the Welsh border in western England.

Per the Fujita scale, which measures tornado intensity, most of the twisters that hit England are relatively weak, coming in as an F0 or F1 as compared to the maximum F5 storms that can be experienced in the United States. Of course, depending on where they occur, even lower-strength tornadoes can do significant damage, as shown by an F2 tornado — meaning wind speeds of up to 157 miles per hour — that caused 19 people to be injured in Birmingham in 2005. Property damage from the storm was even more extensive, costing 40 million GBP after only four minutes as it swept through the city's suburbs.

The good news is that despite the threat, your chances of experiencing a tornado in England are still quite low, with odds reaching a high of 6 percent per year in the "tornado alley" along the Thames.

In 1989, the deadliest tornado in history occurred in central Bangladesh, killing more than 1,300 people and destroying all buildings in a 2.5 square mile area. While the storms that strike Bangladesh are no more severe than ones in the United States — the wind speeds of the 1989 tornado were estimated to be between 112 and 217 miles per hour — they regularly do far more damage, due to the country's lack of an advanced warning system or tornado shelters, as well as the lower construction quality of its buildings.

Despite the disproportionate damage caused, however, Bangladesh generally experiences only six tornadoes per year, with the majority of these occurring in April as the country transitions to its wet monsoon season. Unfortunately, this is not the only time when the country's weather is a threat. In addition to land-based twisters, the southeast Asian nation is also known for its severe tropical cyclones, or hurricanes. Indeed, seven of the nine deadliest weather events of the 20th century were tropical storms in Bangladesh, including the 1970 Bhola Cyclone which killed between 300,000 and 500,000 people. Considering the weather is just one more thing you should know before you go.

While they are not particularly common, twisters are still a possibility in New Zealand. The country experiences between seven and ten strong tornadoes per year; however, there are likely a number of smaller storms that go unreported, as much of the country is sparsely inhabited. The tornadoes generally travel across the land for only a couple of miles, compared to United States' cyclones that can track for over 60 miles, and they reach maximum wind speeds of only 70 to 112 miles per hour.

With smaller storms over shorter distances, deaths from New Zealand tornadoes are rare. The most destructive such storm in the country's history was a 1948 tornado in Hamilton, on the country's North Island. Three people were killed — a death toll that was not repeated until a 2012 tornado in West Auckland — and 170 houses were damaged.

Given the amount of coastline around the country's islands, New Zealand, like Bangladesh, tends to suffer more damage from tropical cyclones than tornadoes. The heavy rainfall associated with these storms — as opposed to the dry winds of regular tornadoes — can take out buildings, roads, and bridges, causing evacuations and casualties around the region. 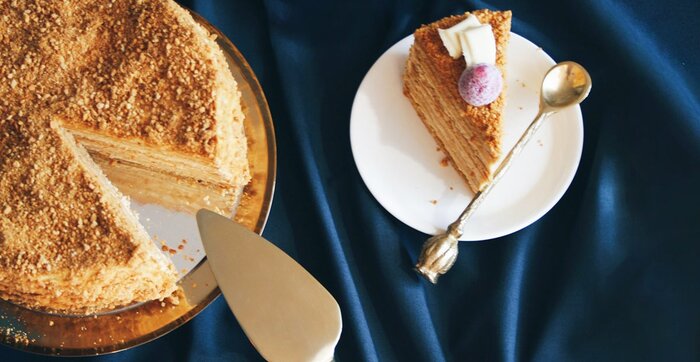 With its proximity to the United States, the presence of tornadoes in Canada should be no surprise. In fact, thanks in large part to its size, Canada sees the second highest number of tornadoes per year in the world, with between 80 and 100 of the storms striking between March and October. Because tornadoes are dependent upon the collision that occurs when warm, humid air rises from the ground and meets cold, dry air in the atmosphere, most of the country's twisters occur in its southern provinces, just within range of the maritime air masses from the tropics on the southern edge of the continent.

Though it doesn't experience the same frequency and severity of storms as its southern neighbor, Canada nonetheless has had some destructive tornadoes in its history. The worst of these occurred over a century ago, in 1912 in the city of Regina, Saskatchewan. Reaching a threatening F4 on the Fujita scale, the cyclone killed 28 people and destroyed much of downtown, including churches, the central library, and the YMCA.

Another tornado hotspot in the Americas, Argentina reports about 32 of these storms per year. Though most are not too severe, the worst tornado to strike the southern hemisphere occurred here in 1973. The storm killed 54 people in the town of San Justo and injured approximately 350 more. Two decades earlier, the country had seen another tornado cause a freak occurrence in a nearby region when it overturned a train's railroad cars, injuring 48 of the passengers.

Tornadoes are only one type of natural disaster that threatens the South American country. Argentineans are also at risk of flooding, volcanic eruptions, extreme snowfall, earthquakes, and more. Surprisingly, a drought in Argentina and neighboring Uruguay was the world's most expensive weather event of 2018, due to its tremendous impact on the agriculture of the region. In addition to regional losses approximating 3.9 billion dollars, it also resulted in a one percent increase in global food prices as a result of its effect on crop staples like corn and soybeans.