European City Names That Aren't Pronounced How You Think

Even the most experienced world travelers sometimes struggle to pronounce the names of places they are visiting. When it comes to these European city names, it may take a little practice before you can pronounce them like a native.

Natives of Worcester, Massachusetts, will get this one right — but others may struggle with the name. The original city of Worcester is located in England's West Midlands region, in Worcestershire County. Although it seems like the name should be pronounced "Wor-ces-ter," the first two syllables should actually be combined to create the more succinct pronunciation of "Wooster."

This illustrious city lends its name to one of the most notoriously hard-to-pronounce condiments: Worcestershire sauce. The sauce was first invented in the 1830s, when a British nobleman commissioned two chemists, John Lea and William Perrins, to recreate the taste of an Indian dish he enjoyed during his travels. Lea and Perrins never trademarked the name, however, which led to an explosion of Worcestershire sauces across Europe and the United States.

Unfortunately, very few people know how to properly pronounce the name of the popular sauce: "Woo-stuh-sher." The unique pronunciations of "Worcester" and "Worcestershire" are due to a linguistic phenomenon known as vowel reduction, wherein unstressed vowels simply get dropped — a convenience when speaking, but a challenge for anyone trying to read the word phonetically.

Budapest is a familiar name to many people, but it's actually not pronounced the way it looks: native speakers will say "Boo-da-pesht," not "Boo-da-pest." The capital city of Hungary is now the most populous city in the country even though it didn't exist until 1872. Instead, the region was made up of three different towns: Óbuda, Buda, and Pest. When the towns were finally united into one, Budapest went through a golden age, becoming a luxury spot for world-savvy travelers.

Buda and Pest are separated by the Danube River. Visitors can cross back and forth between the two regions by way of several bridges. One of the most well-known is the Chain Bridge, or Széchenyi Lánchíd. "Széchenyi" is a reference to Count István Széchenyi, a statesman who spearheaded the building of the bridge. Meanwhile, "Lánchíd" is the Hungarian word for "chain bridge."

Both the regions of Buda and Pest offer great attractions for tourists. If you're in Buda, you won't want to miss Buda Castle, the Memento Park Museum, and the various Turkish spas. In Pest, you'll find upscale shopping boutiques, pubs, and historical sites like Vajdahunyad Castle. Whatever you do, be sure to practice so you can pronounce "Budapest" like a local.

To be fair, no one could be expected to sound this one out phonetically. In fact, this name is so notoriously difficult to pronounce that in 2015, weatherman Liam Dutton asked viewers to tune in so they could hear him try to say "Llanfairpwllgwyngyll­gogery­chwyrn­drobwll­llan­tysilio­gogo­goch" on the air.

This 58 letter name — the longest place name in the entire U.K. and the second-longest in the world — really needs to be heard in order to pronounce properly. But if you're planning to vacation there, don't fret. Locals generally shorten the intimidating word to Llanfairpwll, pronounced "lahn-vire-pool."

More than anything else, this Welsh town got its name for a promotional purpose. In the 1800s, the name was chosen so that the town's railway station could have the longest sign in the U.K. The name actually translates to a set of directions — it means "The church of St. Mary in the hollow of white hazel trees near the rapid whirlpool by the Church of St. Tysilio's of the red cave." A pretty name, certainly, but a mouthful even for the most dedicated of Welsh speakers. 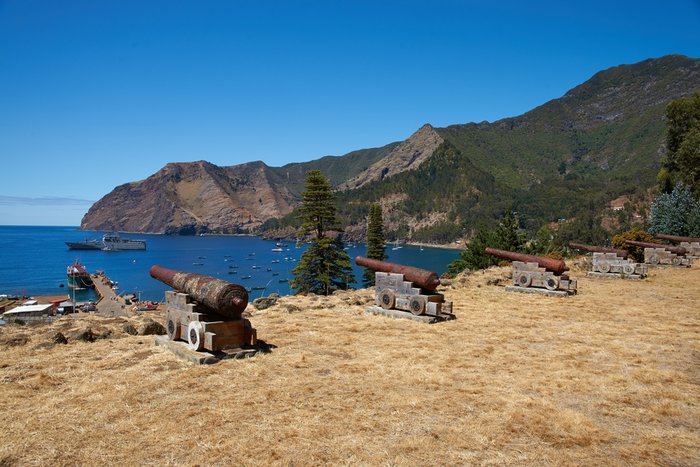 Speaking of names with heavy concentrations of consonants all in a row, this can be a tough one if you don't speak Polish — it's pronounced "Shtet-sheen." Located on the Oder River just 40 miles from the Baltic Sea, this beautiful port city is known for its local shipbuilding and maritime products. It also receives cargo from Hungary, Germany, and the Czech Republic.

Today, Szczecin is considered one of Poland's most important cultural centers; it's home to a philharmonic orchestra, universities, theaters, libraries, as well as the National Museum. Certainly, there's no shortage of things to do in Szczecin.

If you ever find yourself visiting this lovely town, try exploring the sprawling underground tunnel system, canoeing along one of the local canals, or spreading out a blanket and having a picnic at the popular Jasne Błonia park. To really get a view of the city, take a trip to the St. Jacob Apostle Cathedral. This  building is the second tallest in the city, rising up above all the local rooftops. It also offers an observation deck at the top, where you can enjoy a panoramic view of the surrounding neighborhoods.

France is known for having words that are difficult to pronounce — or even to sound out phonetically — for anyone who doesn't speak the language. The city of Caen, in Normandy, is no exception. Although it looks like it should be pronounced "Kayn" or "Ken," the proper pronunciation is actually "Kah."

However, this is where things get particularly dicey. In attempting to say the name of the town correctly, it's easy to accidentally say the French word con — an incredibly rude word that, in its least offensive meaning, equates to calling someone a jerk. If you're traveling here, it's well worth practicing your pronunciation over and over to ensure you get it right; or, if you'd rather err on the side of caution, you may choose to slightly mispronounce the name of the town to avoid accidentally insulting the locals.

That said, don't let the difficult name deter you from enjoying yourself — Caen is a beautiful place and is an especially great travel destination for history buffs. Known as William the Conqueror's base in the 11th century, Caen offers guided historical tours of its many important sites, including the Château de Caen, the Centre for History and Peace, and the 13th century Church of Saint-Pierre.