https://blog.assets.traveltrivia.com/2019/08/russia-1.jpg
3 European Countries With the Most Shared Borders
/european-countries-most-shared-borders/
July 3, 2019
/assets/images/icon__author-backup.png?v=5169d88104
Alexa Baray
europe
Ireland is full of rolling hills, moss-covered castle grounds, and so much more, all making it a fantastic vacation destinations. Still, there's plenty you might not know about the Emerald Isle. From the significant to the trivial, ancient to modern-day, here are a handful of things you likely never knew about Ireland.It Is Home to Over 30,000 Castles and RuinsCredit: Georgi Djadjarov/ ShutterstockThough exact counts differ, what we know for certain is that Ireland has plenty of sites for anyone searching for medieval ambience. Some of the more well-known include Blarney Castle — home of the famed Blarney stone... 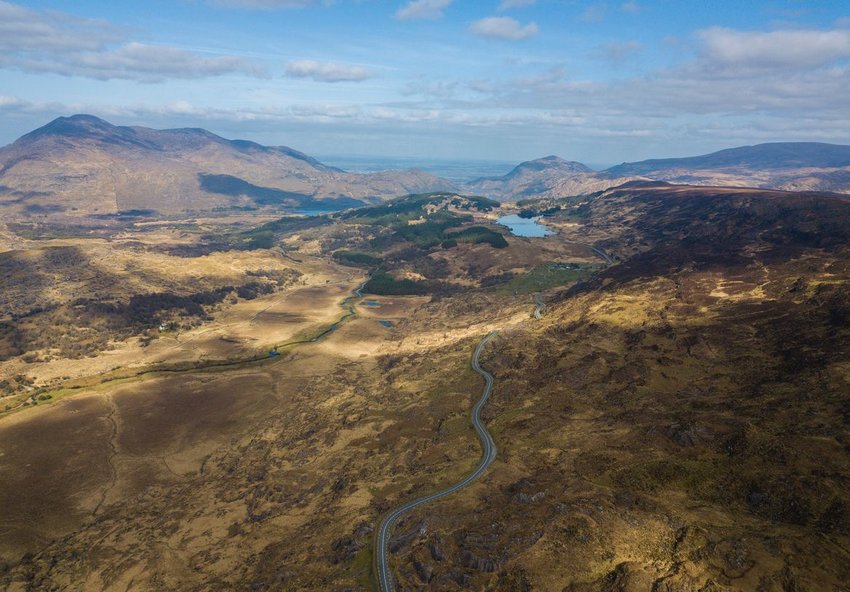 Life is an adventure. By extension, planning a trip can be as exciting as going on one. An innovative way to maximize the value of every trip is to visit a locale that borders several neighboring countries. This strategy can infuse your travels with an array of enriching and memorable cultural experiences. These three European countries share the most borders with other countries. As such, they're perfect destinations for an unforgettable vacation.

Germany earns third place for the European country with the most shared borders. Coming in with nine neighbors, this country is nearly landlocked in its entirety. Germany shares borders with Luxembourg, Poland, Switzerland, The Netherlands, Austria, Belgium, France, Denmark, and the Czech Republic.

Germany's large landmass shares a total of 2,307 miles of border with the countries above. Of these, the 497-mile border shared between Germany and Austria is the longest. Germany also shares two maritime borders, one in the North Sea with the United Kingdom and the other in the Baltic Sea with Sweden.

For travelers, visiting cities and towns along Germany's border is the perfect way to explore the cultures of Western Europe. If you're planning a trip to Germany, consider taking a detour to the city of Nijmegen, which lies just a few miles from Germany's border. Nijmegen is also the oldest city in the Netherlands, with a history dating back over 2,000 years.

The city was once a Roman Empire outpost. Today, it's well-known for its institutions of higher learning and is the site of the International Four Days Marches. Locals know the march as the Walk of the World, the largest civilian walking event in the world. As the summer capital of Holland, this quintessential European city offers plenty of value for travel enthusiasts.

Each country that borders Germany is also a European country. This sets Germany apart from the other two countries below.

The country shares the longest land border with Spain, at an astounding 401 miles. If you'd like to visit amazing destinations along the Franco–Spanish border, don't miss seaside spots such as Collioure in France and Cadaques in Spain. Both provide stunning views and sunny relaxation within sight of the brilliant Mediterranean waters.

The French village of Collioure boasts old-world architecture amidst the scenic majesty of the Pyrenees. Tourists weren't the first to discover its incomparable qualities, however. Battling armies fought on the pristine beaches over 2,000 years ago. The town was once occupied by Spanish and French troops, and there is still a royal castle there today, called the Chateau Royal de Collioure.

For an even more intriguing experience, take a 90-minute drive from Collioure to Cadaques, located on Spain's easternmost tip. With its incredible beauty, this little town has been a sanctuary for artists and art connoisseurs since the 19th century. Picasso, Matisse, and Duchamp were all said to have spent time in sunny Cadaques. Most famously, surrealist artist Salvador Dali took residence in Cadaques, and today, the Salvador Dali House in the village of Portlligat is a popular tourist hotspot.

You can also visit the Dali Theatre-Museum, the largest surrealist structure in the world, where you'll see Dali's paintings and unique exhibitions showcasing his contributions to art.

With 16 sovereign nations surrounding it, Russia tops the list as the European country with the most shared boundaries. Measuring in at a staggering 35,910 miles of border, Russia's perimeters are easily the longest in the world. This fact may not come as a surprise, as Russia is also the largest country in the world. In contrast, Canada, the world's second-largest country, shares its land borders with only a single nation: the United States.

Additionally, Russia also shares maritime borders with the United States and Japan. Here's a little-known fact: two additional countries share borders with Russia. However, their border designations are contested by several parties and largely unrecognized on the global stage. The two countries are Abkhazia and South Ossetia.

Of its neighbors, Russia's shared border with Ukraine is the lengthiest, at an astounding 1,196 miles. Meanwhile, the border between Russia and Finland constitutes a mere 790 miles. More than 70% of border crossings between the two countries are by Russians heading to Helsinki for a spot of retail therapy.

If you cross the border at Niirala, be sure to stay a while in the tranquil Finnish town of Kitee, founded in the year 1631. The town lies adjacent to a bucolic landscape with stunning views. With under 11,000 inhabitants, Niirala offers recreational opportunities such as snowmobiling and kayaking (when the weather permits in the summer). The town also has a modern sports park that offers both indoor and outdoor activities.

On the Russian side of the Finnish–Russian border, the village of Lyaskelya is home to picturesque waterways as well as gorgeous waterfalls. You'll embark on a journey through the ages when you visit this unassuming historical spot. The village itself was first recognized by the Swedes in 1618.

Today, a large paper mill at the center of the village sits on the banks of the River Janisjoki. Many cottage industries proliferated at this site before commercial wallpaper production took over. The mill building, with its brick walls and intricately arched windows, is a wonderful example of 19th-century Russian architecture.