https://blog.assets.traveltrivia.com/2020/02/genoa-lighthouse-2.jpg
5 Historic Lighthouses You Can Visit
/historic-lighthouses/
February 3, 2020
/assets/images/icon__author-backup.png?v=ef100dfbef
Travel Trivia Editorial
americas
Were you aware that the Jersey Shore has an elephant? Did you know that it's a building and you can go inside? If not, here are some fun facts about Lucy!... 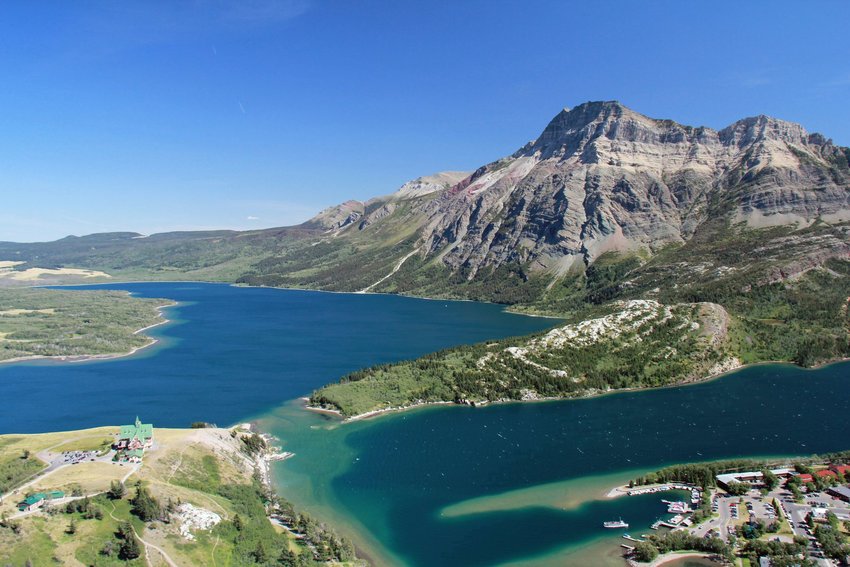 While it's hard to top Mother Nature's beauty, humans have come up with a few breathtaking sights of their own over the centuries. Lighthouses are among the oldest of these and continue to be striking in spite of their solitary simplicity, standing as they so often do alone on dangerous waters. Whether you're a sailor seeking safe harbor or just a traveler in need of new inspiration, look no further than these five historic lighthouses from around the world.

Kicking off our list is a truly historic site in County Wexford, on Ireland's eastern coast. Hook Head Lighthouse dates back 800 years, making it one of the oldest working lighthouses in the world. It was built in the early 13th century by Knight William Marshal, who founded the local town and built the tower to guide ships into the port.

In its earliest centuries, the tower's light was tended by local monks. Today, the light is automated but it continues to serve the same purpose of guiding ships through the rocky and foggy surrounding waters. While you're there, tour the building, take in the panoramic views at the top of the lighthouse's 115 steps, and enjoy lunch in the on-site café.

If you continue up the harbor, you'll reach the city of Waterford. Founded by Vikings in the 900s, Waterford is Ireland's oldest city and known for unique attractions ranging from its crystal to the Viking Triangle, where you can learn everything you need to know about the area's heritage and the history of the legendary warriors.

One of the most iconic lighthouses in the world, Cape Hatteras Lighthouse is far more than just a pretty face. Since it was first lit in 1870, it has watched over an area known as the "Graveyard of the Atlantic." This is a treacherous stretch of ocean off North Carolina's Outer Banks where ships have to navigate shoals, shallow shorelines, changing tides, and unpredictable weather.

The current lighthouse, in fact, replaced a previous structure that wasn't large enough to adequately warn sailors of the surrounding Diamond Shoals. Given the number of shipwrecks in the area, Congress authorized the current, larger structure in 1868. At 208 feet tall, it is the tallest lighthouse in the country.

Another Cape Hatteras claim to fame? In 1999, the eroding shoreline threatened to bring down the lighthouse, so the entire building was moved over half a mile inland. In addition to putting the beacon on safer ground — and more convenient for all of us to visit — the feat also made it the tallest brick structure in history ever to be moved.

Situated at the southernmost tip of the African continent, the Cape Agulhas Lighthouse has stood guard over the infamous "Cape of Storms" for 160 years. Its inspiration goes even further back, though, with the tower's design modeled on the original Lighthouse of Alexandria, one of the Seven Wonders of the World.

The red-and-white striped lighthouse is built from local limestone and is a museum where you can learn the history of the surrounding fishing trade. After the last two stops on our list, the mere 71 steps to the top of the Cape Agulhas Lighthouse will seem easy — and the views will be just as worth it.

While you're in the country, don't pass up the opportunity to catch some of South Africa's other destinations. Visit nearby Cape Town with its Table Mountain National Park filling the horizon, or head farther inland for a real safari experience. From nature to culture to art and more, there are plenty of reasons it's one of the most-visited countries in Africa.

The Lighthouse of Genoa is also known simply as "Lanterna," and it has been a symbol of the city since it was constructed in 1128. Since being rebuilt in 1544, the lighthouse stands an impressive 249 feet tall on its own. Add in the rock base beneath it, however, and the entire structure towers 383 feet above the harbor.

The lighthouse has been an important part of the city's fortifications. Even today, the upper portion of the tower is under military control and thus inaccessible to visitors. Don't worry, though: you'll still be able to climb 172 of the steps inside, as well as explore the surrounding Lanterna Park.

Genoa has long been an important port city on Italy's northern coast, and its harbor is lined with historic sites, including the house of Christopher Columbus. If you get your fill of past centuries, check out the modern wonders at Genoa's world-class aquarium or take a ride over the harbor in the crane-inspired Bigo.

What better way to end our list than with the "Lighthouse at the End of the World"? Les Eclaireurs Lighthouse is located in Tierra del Fuego in the southernmost reaches of Argentina, where the town of Ushuaia stands as the first stop on your way to one of the most beautiful glacier bays in the world. Even if you don't continue to the Antarctic islands, however, the lighthouse and surrounding area are worth the trip.

If you've ever seen a postcard from Ushuaia, you're likely familiar with the sight of Les Eclaireurs Lighthouse on its rocky, moss-covered island in the Beagle Channel. While you can't go into the lighthouse itself, several companies offer boat tours that take you through the channel and past the red-and-white tower. And if you're wondering how the uninhabited beacon is kept in service,  you'll be interested to know that the light is both solar-powered and remote-controlled.

The lighthouse went into operation in 1920 and has since been one of countless iconic scenes from the Tierra del Fuego archipelago. While you're in Ushuaia, catch more of the region's history and nature with a stop by the Museum at the End of the World, or head to the National Tierra del Fuego Park for all the wilderness beauty you can handle.