Soaring granite bluffs, skyscraping waterfalls, and ancient sequoia trees propelled Yosemite National Park to the legendary status it upholds today. The park’s remarkable natural formations have commanded respect and wowed visitors for decades. Although it’s a UNESCO World Heritage Site and one of the most popular places to visit in the nation, there are still some little-known facts about this famous California site. Make sure you learn all you need to know before you visit!

Yosemite is the United States’ third oldest national park, but with the help of President Abraham Lincoln, it paved the way for its predecessors. Eight years before Yellowstone was declared America’s first national park in 1872, Lincoln signed the Yosemite Land Grant on June 30, 1864 — a land conservation bill that was the first of its kind. Many people view this as the first step toward establishing our national park system. It was also an undeniably historic moment for Mother Nature.

It Was Saved by John Muir

Although Lincoln moved to protect the seven-mile-long Yosemite Valley and Mariposa Grove, it took 26 years until the land was officially ushered into the park system. We have John Muir — a Scottish-born writer, naturalist, and conservationist living in Wisconsin — to thank for that. Strictly opposing the use of natural resources in protected forests, Muir’s newspaper and magazine articles raised public awareness on preservation and condemned the destruction of the state-controlled forests and meadows surrounding the protected land. Muir’s efforts ultimately paid off when Yosemite was declared a national park in 1890.

Often referred to as the birthplace of rock climbing, the massive rock walls of Yosemite have hosted world-class climbers, witnessed record-breaking ascents, and pushed mountaineers of all levels to improve their skills. El Captan stands alone as the most technical and advanced climb in the park. Tackling its 3,000-foot, sheer, granite face is reserved only for the most experienced climbers. For novice climbers or those who prefer some guidance, the Yosemite Mountaineering School and Guide Service gets you kitted out and offers a variety of classes to help you achieve your climbing goals. 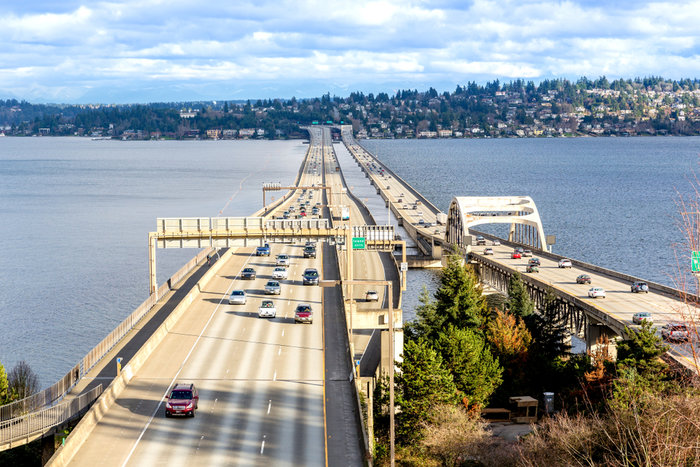 It’s Home to One of the World’s Tallest Waterfalls

Plenty of waterfalls call the national park home, but it’s Yosemite Falls that steals the show. Plummeting 2,425 feet, the epic waterfall comprises three separate cascades: Upper Yosemite Falls, the Middle Cascades, and Lower Yosemite Falls. The spectacle is viewable from multiple spots around the park as well as from a selection of trails jutting across Yosemite Valley. Those up for a full-day trek can attempt the top of Yosemite Falls hiking trail for the most rewarding views of the falls, valley, Half Dome, and Sentinel Rock.

The park that never sleeps hosts 75% of its annual visitors in peak season (May through October) for an average six month total of nearly three million. If you want to beat the crowds, consider visiting in the shoulder months like April, when the river is running at full capacity and the falls are especially breathtaking.

It’s Home to the Biggest and Oldest Trees on Earth

Towering cliff faces and waterfalls aside, Yosemite finds yet another way to dwarf its visitors. The ancient giant sequoia trees — some of which are 3,000 years old — grow in three groves within the national park: Mariposa Grove (the largest and most popular grove), Tuolumne Grove, and Merced Grove. The park’s most famous tree, which is aptly named "Grizzly Giant,” is one of the largest and oldest (2,700 years) sequoias in Yosemite.

You Can Witness a “Night Rainbow” Here

It’s not uncommon to spot a rainbow in the mist surrounding a waterfall on a bright, sunny day. Yosemite ups the ante on this ordinary occurrence by offering night owls a chance to see something truly rare — a lunar rainbow. This event happens when light from the moon is so bright, the beams can actually produce a “moonbow” in the dark of night. The best time for spotting this phenomenon is during a full moon on a clear spring or summer evening.

It Was Once a Prominent Hangout for Hippies

Yosemite’s natural beauty was not unknown to the California hippie scene. Stoneman Meadow transformed into an illegal squatting ground for the counterculture in the summer of 1970, causing quite a stir. As the loud music, partying, litter, and illegal campers increased, the anger and outrage of the park rangers grew. After attempts to clear the meadow escalated into a violent riot, law enforcement was called to assist, resulting in 174 arrests.

15 Best Swimming Holes Around the World