Oldest Currencies Still in Use

Humans have been trading with each other for thousands of years. First, we bartered. Next came the concept of money and the development of coins, with paper money coming much later. The ancient kingdom of Lydia minted the first coins around the seventh century B.C., according to the British Museum. Since then, there have been thousands of different currencies around the world, going in and out of use as nations rise and fall. The United Nations currently recognizes 180 world currencies, according to World Atlas. Some are over one thousand years old, and some only came into use after the new millennium. But what are the oldest world currencies still in use?

The Meiji government of Japan developed the Japanese Yen in 1871. That makes this currency nearly 150 years old. According to Global Exchange, the word yen means "round object," an appropriate description of the system's coins. While all the coins are perfectly round, the five and fifty yen coins also feature a small round hole in the middle. This helps users identify the coins in their pocket without looking at them. The paper yen are colorful and feature a large round watermark in the middle to prevent forgeries and counterfeiting.

The Meiji government introduced the yen system in the hopes of stabilizing Japan's economy. And for a while, the idea worked. But by the start of WWII, the value of the yen had dropped significantly. At its worst, one yen was only worth about 30 cents, according to Rothko Research. After the end of the war, economists tied the value of the yen to the U.S. dollar to help Japan recover. It took a while, but the efforts worked. Today, the yen is the most traded currency in Asia and the third most traded in the world, according to Investopedia.

The United States' currency is actually older than the country itself. But only by about nine days, according to the U.S. government's currency website. On June 25, 1776, the Continental Congress authorized the first $2 bills. Nine days later, they would sign the Declaration of Independence. That puts the age of this American currency at over 243 years old.

If you find any money printed after 1861, feel free to use it at your local store. According to the government website, any U.S. money printed after the year 1861 is legal tender at its full face value. Money.com writes that even torn U.S. dollars are legal tender, as long as three-quarters of the bill is still visible. You can take any damaged dollars to the nearest bank, and they'll replace it for free.

Despite what many people think, the U.S. $2 bill is still in print. It's just not printed as often as the other currencies, according to the U.S. Treasury Department. There is over $1 billion worth of $2 bills in circulation today.

According to the Moscow Times, the ruble has been the currency of Russia since the 13th century. Back then, various states within Russia made rubles by snipping off little bits of other currencies. It wasn't until Peter the Great's reign that the currency became official. So at the beginning of the 18th century, the ruble became a regulated, national currency in Russia. If you are counting the ruble's age from the time of those economic reforms, that still puts it at a respectable 300 years old.

So putting an exact age on the ruble depends on how you want to count it. If you are counting it from the time Russian people used the ruble as a currency, it's over 500 years old. But the latest version of the ruble, now the seventh, dates only from 1998 according to XE.com. 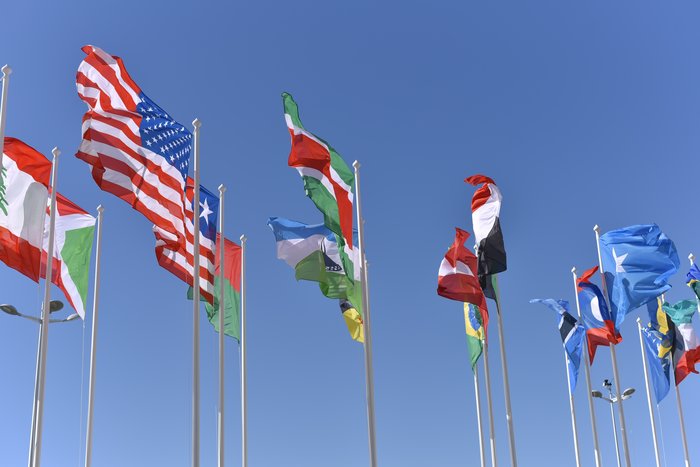 Which two countries had the same flag for 18 years?

When it comes to the oldest currencies, the British Pound reigns supreme. According to The Telegraph, the pound is 1200 years old, dating back to the time of the Saxon kings. It was even minted as a national currency as early as 928 by Athelstan, the first King of England. Where does the name "pound" come from? The coins were originally a unit of weight measurement. Two hundred forty sterling coins weighed one pound. So the term "pounds of sterling" became "pounds sterling," and ultimate, pounds.

And even as the rest of Europe moved to the euro, the British kept their ancient currency. The European Union introduced the euro with the goal of creating a single monetary unit for all of Europe. On January 1, 1999, 11 countries made the change from their current currency to the euro. You'll use it throughout Europe's most essential cities. Britain, although then a member of the European Union, declined to start using the euro, according to Investopedia. Tony Blair, Prime Minister of England at the time, said that the euro didn't pass the "five economic tests" he devised.

And now that it looks like England will be leaving the EU anyway, the pound could be around for another thousand years.

5 Things You Never Knew About the Atacama Desert

50 Strangest Facts About Every U.S. State