https://blog.assets.traveltrivia.com/2019/07/Sint-Maarten-1.jpg
4 Shortest Commercial Flights
/shortest-commercial-flights/
July 2, 2019
/assets/images/icon__author-backup.png?v=942d1099d7
Matt Harding
Matt Harding is a magazine writer, photographer and former newspaper reporter who loves to travel.
4 Underrated U.S. Cities for Art Museums and GalleriesWhen looking for U.S. cities with a bustling art scene, it's easy to jump to the most obvious ones. While New York and Los Angeles are certainly lovely, they aren't the only options. In fact, there are a whole host of U.S. cities that feature impressive art exhibitions, galleries, and museums. Here are four underrated cities that every art lover should visit.Santa Fe, New MexicoCredit: Davel5957/ iStockWith a population of just 70,000, Santa Fe has a bit of a small town feel, so you wouldn't necessarily expect... 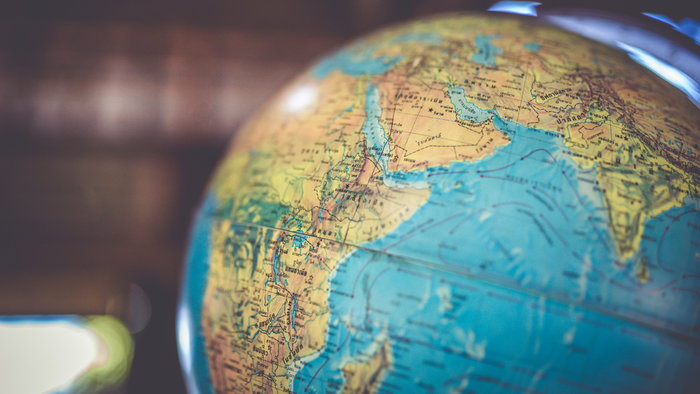 [A] Where can you find the world’s only public museum devoted to globes?

[Q] Where can you find the world’s only public museum devoted to globes?

[A] Where can you find a cathedral said to contain the Devil’s Footprint?

[Q] Where can you find a cathedral said to contain the Devil’s Footprint?

Forget pretzels, peanuts and ginger ale. On some flights you barely have time to blink. Such short flights are usually bore out of necessity — easier and safer island hopping, getting from one impassible place to another and so on. Here are four of the shortest commercial flights in the world:

This is the shortest flight between two capitals — Kinshasa (Democratic Republic of Congo) and Brazzaville (Republic of Congo), which face each other across the Congo River. The route is operated by ASKY and Camair-Co, and previously Ethiopian Airlines. When Ethiopian operated there, it was the shortest regular commercial flight operated by a wide-body airliner, the Boeing 787 Dreamliner. Seems like a waste of fuel…

The shortest international commercial flight in the world, this one takes passengers from Sint Maarten in the Dutch Caribbean to Anguilla, a British Overseas Territory. Going a little less than 12 miles in 10 minutes, the trip is also often regarded as one of the world’s most scenic airport approaches. You can also go from Sint Maarten to the French Overseas Collectivity of St. Barts, a 20-mile journey. If you don’t take the flight, there’s always the ferry route between the adjacent French territory of Saint-Martin and Anguilla.

Lift off and count to 90. After you've finished counting, or even sooner depending on the winds, you’ll be on the ground (the record is reportedly 53 seconds). That’s the flight experience between Westray and Papa Westray, two Scottish islands in the Orkneys, off the coast of the mainland. Flown by Loganair, a Scottish regional airline that serves the Highlands and islands. Flights are available daily in both directions, except on Saturdays, when they only fly from Westray to Papa Westray, and vice-versa on Sundays. The distance between the two places is about the same length of the runway at Edinburgh airport. There are regular pilots on the trip, too. Stuart Linklater flew the distance more than 12,000 times, more than any other pilot.

While not a regularly-scheduled flight, the jaunt between Kegata and Apowo, Papua, Indonesia, has fare-paying passengers when it is running. The hilltop settlements are separated by a deep forested valley in an isolated part of the country, according to CNN. Traveling between the two villages on foot (definitely no cars!) involves “an arduous journey through thick jungle and steep mountainsides.” Slippery wet grass runways make this an adventurous flight, piloted by Matt Dearden, a British pilot using a 10 passenger Pilatus PC-6 Turbo Porter, a single-engine aircraft.