https://blog.assets.traveltrivia.com/2020/01/shutterstock_469708091-1.jpg
7 States With the Most Coastline
/states-with-the-most-coastline/
January 2, 2020
/assets/images/icon__author-backup.png?v=10007817ec
Travel Trivia Editorial
americas
Each year the International Bank Note Society (IBNS) chooses a Banknote of the Year from nominations made by members. Over the past couple of decades, the following six countries were nominated, won, or received an honorable mention for their aesthetically pleasing currency.SwitzerlandCredit: johan10/ iStockIn 2016, Switzerland's 50 Franc note won the IBNS banknote of the year. Also, its 10 Franc note won in 2017, and its 1000 Franc note was nominated in 2019. The 50 Franc note was the first new currency design the Swiss National Bank released in two decades. One side of the note features a hand...

4 Things You Never Knew Were Hidden in Disney Theme Parks 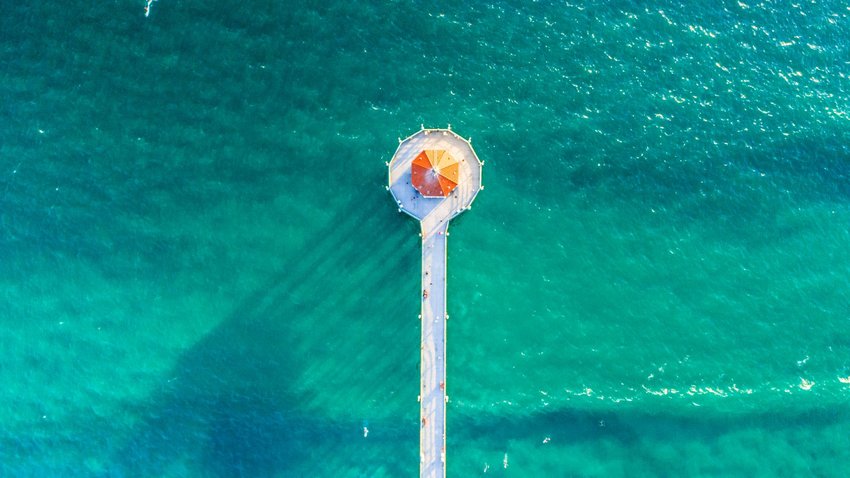 Coastline refers to the length of land that borders an ocean, sea, or other major body of water. Measuring a state's coastline can be a pretty tricky process because land formations tend to dip, indent, and swell along the water rather than form straight lines. Also, erosion, tidal changes, and other natural occurrences tend to change the coastline, making it hard to figure out just how long a state's coastline actually is.

With those challenges in mind, the following seven states are generally considered to offer more coastline than the others.

A beach isn't the first thing that comes to mind when people think of Texas, which is precisely why the Texas coastline is one of America's best kept travel secrets. The area offers all the beauty of the rolling waves without the difficulty of trying to find a spot to put your towel down. With 3,359 miles of coastline, the Texas Gulf Coast is sometimes referred to as America's Third Coast. It features quirky seaside towns and pleasantly warm water.

Gazing at a map, it's hard to believe North Carolina has nearly as much coastline as California, but, with 3,375 miles of coast, it's true. This is because a number of islands and twisted little beach inlets make for a winding coastal journey. Each of the regions along the North Carolina coast offers its own unique take on beachside culture, ranging from the historical sights of Wilmington and the Inner Coastal Plain to the natural wonders of the Outer Banks and Currituck, where wild horses run free.

The sunny and sandy beaches of southern California offer very different vistas than the rocky cliffs of Northern California some 3,427 miles away. The beaches in California are considered some of the best in the world, so it's no surprise that coastal life is a driving source of tourism for the state. From Coronado Beach in San Diego to Pfeiffer Beach in Big Sur, the thing that unites California's beaches is the fact that they'll all take your breath away.

Maine is larger than the rest of the New England states put together, which is probably why it has such a vast amount of coastline — 3,478 miles to be exact. There are so many little peninsulas and other seaside formations to explore that doing so can be quite the undertaking; tourist sites dedicated to Maine suggest doing so one region at a time to get the full experience. If you decide to travel the Maine coast, there are plenty of charming, historical beachside towns to discover. These include Old Orchard Beach, where you can explore a seaside amusement park called Palace Playland, and Ogunquit, a traditional lobster and fishing town.

While there is plenty to say about the beauty and grandeur of Louisiana's many beaches, the most significant thing to note about Louisiana's vast expanse of coastline is the fact that it seems to be shrinking at an alarming rate. Though 7,721 miles of coastline seems like a lot, the coastal erosion caused by climate change is a constant threat to Louisiana's delicate coastal ecosystem and the various industries that rely on it. Nevertheless, the so-called Cajun Coast has a lot to offer in the way of food, music, and culture, both in New Orleans and in the surrounding area. Grand Isle and Pelican Beach are two of the most lovely places to enjoy the coastal breeze in the Pelican State.

Given that the state itself is a peninsula with the Atlantic Ocean on one side and the Gulf of Mexico on the other, it's no surprise that Florida tops the list for coastline of the continental United States with 8,436 miles of coast. Much of this coastline is unspoiled, featuring natural beaches where a diverse array of wildlife can gather, seek refuge, and thrive. There are also some beloved tourist destinations included among Florida's coastal communities, including Miami along the Gold Coast, the Kennedy Space Center along the Space Coast, and the beachcombing lifestyle of the Florida Keys.

As the largest state, it makes sense that Alaska has more than four times the coastline of any other state — 33,904 miles! This means that no other state offers more opportunity to view the open sea. On top of that, the arctic lifestyle in the country's northernmost state means that the seaside experience there is unlike any you'll find elsewhere in the United States. Popular year-round cruises are always exploring the Alaskan coast, offering views of glaciers, unique wildlife, and rugged terrain. In the long-time sailors' community of Seward, Alaska, one can watch sea otters and whales as they swim through the Kenai fjords, making for one of the most magical coastal tourist experiences to be found anywhere.