There’s something uniquely captivating about landscape art. When it’s done well, it draws viewers into that place, allowing them to experience the sights and sounds of what it would be like to actually be there. Fortunately, many of the landscapes that inspired famous artists are places we actually can visit. From Yosemite to the Provencal countryside, these seven sublime spots sparked creativity in photographers and painters throughout history.

Georgia O’Keeffe first visited the Badlands of northern New Mexico in 1917 and was immediately hooked by the cliffs, mountains, and rock formations of the 6,000-year-old landscape. She returned in 1929, this time to stay for good, and eventually bought a home on a 21,000-acre ranch in the Badlands called Ghost Ranch. From the front of her home, she could see cliffs colored in hues of red, orange, and yellow. From the back, she had a view of Cerro Pedernal, a flat-topped butte. The opposing landscapes inspired much of the artist’s work; she would climb into her Model-A Ford and drive, letting the surrounding scenery fuel her creativity. Today, Ghost Ranch is a Presbyterian educational retreat center, but the staff offers tours to locations O’Keeffe painted.

Celebrated black-and-white photographer Ansel Adams didn’t actually start out wanting to be a photographer. In 1916, at the age of 14, he dreamed of becoming a concert pianist instead. But that year, he began taking photos with his Kodak Box Brownie camera in the Yosemite Valley while visiting with his parents. The family returned every year for 10 years, and Adams continued photographing the landscape and refining his work, inspired by the striking mountains, waterfalls, and rock formations.

Soon, he’d decided to be a professional photographer. He landed his dream job in 1929, as a photographer for the Yosemite Park and Curry Company. The company coached him on how to take proper photographs, using the landscape as a dramatic background for the happenings in the park, and published his work widely for the next nine years. When he left in 1937, he poured all of that knowledge into creating bold fine art landscape photographs that capture, as he once said, “a true manifestation of what one feels about life in its entirety.”

The Provencal countryside surrounding Arles, France, is awash with rolling fields, vineyards, and blankets of sunflowers and lavender. Vincent van Gogh moved to Arles in 1888 and was quickly drawn to the calming vibes of the area — particularly those sunflowers. They inspired some of his most famous paintings, five large canvases depicting sunflowers in a vase. He painted them all in Arles, and channeled inspiration from his surroundings into about 200 other pieces while he lived there. He only stayed in Arles for about 15 months, leaving in 1889, but it worked out to about three paintings per week from his Yellow House. Other famous pieces he painted there include The Bedroom, The Red Vineyard at Arles, and Harvest in Provence. The Yellow House was demolished after World War II, but you can still visit the site and stroll along the same streets Van Gogh frequented. 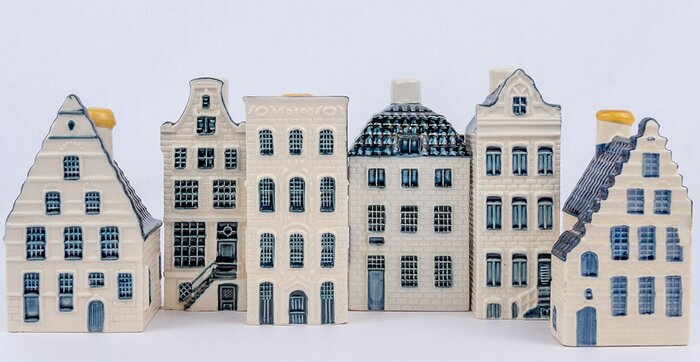 Black-and-white photographer Michael Kenna loves to photograph the landscapes in Hokkaido, the northernmost of Japan’s islands — particularly in the winter. He was so entranced by Hokkaido that he published a book in 2006 of photos from the island, noting in the description, “Hokkaido is a precious treasure. I have found it to be highly intriguing, gently seductive, dangerously wild and hopelessly romantic. Hokkaido has shared with me an immense amount of spectacular subject matter, for which I am highly appreciative and hugely indebted. I especially love Hokkaido in the winter months, when the landscape becomes transformed by layers of ice and snow into a stark, white canvas, a graphic sumi-e painting, a visual haiku.”

You can see his love of Hokkaido transferred to film in such photographs as his tree portrait studies, showcasing stark black trees against an unspoiled white background of snow, and his fence studies, where rows of posts track lines across an otherwise empty landscape.

Painter El Greco’s View of Toledo dates back to the late 16th century (the exact date of the painting is unknown) and depicts an askew version of the Spanish city. The church is in the proper place in the artwork, but many other buildings are jumbled across an undulating landscape. All are under a dark, moody sky that’s about to burst open with rain. El Greco more often painted religious imagery, and the artwork is famous for being his first Spanish landscape — and indeed one of the only landscape portraits he ever painted. Some scholars suggest the moodiness of the painting reflects El Greco’s personal turmoil; he was beholden to the church, but didn’t agree with everything it did at the time.

The Mount of Olives, Edward Lear

Edward Lear’s 1858 painting Jerusalem from the Mount of Olives shows a mountainside view looking over the old city of Jerusalem. He painted it on the first of two trips he made to the city; the second trip was nine years later, in 1867. Created using a variety of methods (ink, watercolor, and crayon), the painting is reflective of Lear’s life on the road. He was well-traveled and considered it part of his aesthetic, often referring to himself as a “Painter of Poetical Topography.” Today, the Mount of Olives has a viewing promenade that overlooks the exact view that inspired Lear.

Once the fourth-largest lake in the world, the Aral Sea is now a mostly dried-up lake on the border of Kazakhstan and Uzbekistan. The area surrounding it is remote and desolate, dotted with ruins from the Cold War. Two former military testing sites in the area, Priozersk and Kurtchatov, didn’t even show up on maps until after the war, when they were discovered on Google Earth. The paradoxical nature of these towns — there in the past but not in the future — piqued photographer Nadav Kander’s curiosity. He went to visit them in Kazakhstan in 2011 and then kept moving across the Aral Sea. Kander’s book Dust documents this area in shades of gray and brown, capturing vast emptiness punctuated with crumbling buildings. Visitors can explore the same landscape with off-road vehicles or a (pricey) guided tour.