In the U.S., sales tax is determined on the state level, and tax rates vary widely by state. While five states currently don’t have any sales tax, the remaining 45 states and the District of Columbia collect statewide sales taxes. On top of that, 38 states excise a local sales tax. In those states, the cities with the highest sales tax rates combine both the state and local taxes, resulting in higher sales prices for residents and visitors alike. So, if you’re looking to avoid paying extra for your souvenirs, you may want to steer clear of certain cities. According to the Tax Foundation, the following 10 cities have the highest sales taxes in the country.

Located northwest of Los Angeles and known for the Six Flags Magic Mountain amusement park just outside city limits, Santa Clarita was once dubbed “Newhallywood” for all the classic Western films that were shot in the area’s natural surroundings. Today, with a combined sales tax rate of 9.5% (state sales tax of 7.25% and local tax of 2.25%), Santa Clarita has the seventh-most expensive sales tax in the country.

However, that may soon change (for residents, at least). In 2021, Santa Clarita’s congressman, Representative Mike Garcia, introduced a bill to repeal a tax cap that prevents citizens from deducting both sales tax and income tax. His reasoning is that too many residents of California are moving to other states to escape the high cost of living.

Tied with Santa Clarita, the city of Los Angeles has a combined tax rate of 9.5% (a state sales tax of 7.25% and a local tax of 2.25%). While the high prices are offset by the city’s many obvious appeals — beaches, sunny weather, and fantastic restaurants (to name a few) — the sales tax also doesn’t apply to everything you buy. Groceries and unprepared foods in the supermarket are exempt from the added tax, as are prescription drugs. And interestingly, you can get your carb fix in L.A. tax-free — hot baked goods, such as pretzels and croissants, are not subject to sales tax when they are sold to-go.

With state taxes set at 4.23% and city taxes at 5.45%, St. Louis has a combined sales tax rate that seems to soar even higher than the city’s most famous symbol — the Gateway Arch. At 9.68%, the sales taxes in St. Louis are the sixth-highest in the country. However, a recent audit revealed that special taxing districts were hit with higher rates, meaning that parts of St. Louis were subject to a whopping sales tax rate of 11.679%. St. Louis officials hope to address these concerns in an upcoming economic development plan that will establish more finite guidelines for special taxing districts. 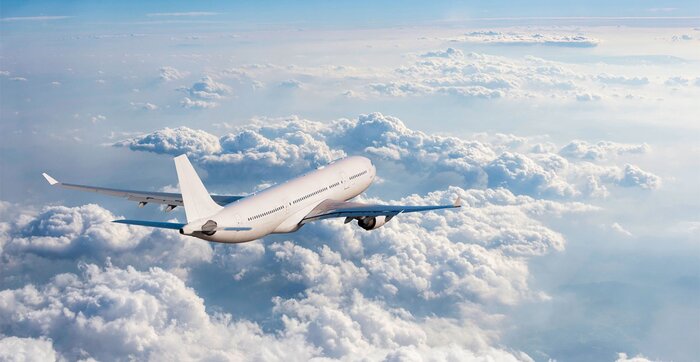 In a state known for its lofty sales tax, Louisiana’s capital of Baton Rouge — home to the LSU Tigers, Mississippi River views, and an underrated dining scene — has the highest combined sales tax rate in the state at 9.95%. In 2019, local taxes in Baton Rouge increased 0.5%, jumping from 5% to 5.5% on April 1, while state taxes remained at 4.45%. Although residents of Baton Rouge have to pay almost 10 cents to the dollar on every purchase they make, tax-exempt items include food for home consumption, utilities, and prescriptions from physicians and dentists.

Birmingham was nicknamed “The Magic City” for its rapid growth as an industrial center in the late 1800s and early 1920s — it’s the only place in the world where the raw ingredients for steel occur naturally within a 10-mile radius. Residents of Birmingham today pay the fourth-highest sales taxes in the country. The city’s 10% sales tax rate is made up of a 4% state sales tax and 6% local tax. On a national level, Alabama’s local sales taxes are some of the most inflated in the country; its average rate of 5.14% is higher than New York. In contrast, the state has the lowest tax collections rate, with $3,206 collected per capita in 2019 compared to New York’s $8,957.

The largest city in Washington state has the third-highest sales tax rate in the country. With a combined sales tax rate of 10.15%, Seattle consumers pay a state tax of 6.5% and a 3.6% local tax. Of these local taxes, 2.7% goes to the City of Seattle, while 0.9% funds the Regional Transit Authority. Recently, Seattle citizens voted to increase the local sales tax to assist with public transit. The increase went into effect on April 1, 2021. But the efforts are already paying off, as Seattle is quickly rising the ranks of best U.S. cities for public transit — a boon both for residents and visitors hopping between attractions like the Space Needle and Pike Place Market.

Only slightly higher than neighboring Seattle, Tacoma has the second-highest sales tax rate in the country at 10.2%. Although it pays the same state sales tax rate as Seattle (6%), Tacoma’s local tax rate of 3.7% beats out its big-city neighbor by 0.05%. The most recent sales tax increase (just 0.001%) was implemented on April 1, 2019 to assist with cultural access programs.

Long Beach, California (in the L.A. area) is tied for the highest sales tax rate in the country at a whopping 10.25%. With state taxes at 6% and local taxes at 4.25% , visitors to Long Beach can expect a price hike when they make purchases in this picturesque seaside city — home to attractions such as the Queen Mary ocean liner (now a hotel) and the Aquarium of the Pacific. Long Beach’s sales taxes began to soar in 2016 when Measure A was approved and a 10-year sales tax was implemented to assist with public safety and infrastructure in California’s sixth-largest city.

Glendale, California is also subject to a combined sales tax rate of 10.25% — state sales tax of 7.25% and a local tax of 3%. In 2018, the Los Angeles suburb voted to increase the sales tax rate by 0.75%, making it one of three cities in the U.S. with the highest sales tax. City council members stated that the sales tax increase was a preemptive measure to keep money flowing through Glendale, as the elevated sales tax rate was slated to increase the city’s annual revenue by as much as $30 million. And even if visitors pay slightly more in taxes, Glendale makes a great jumping off point for exploring L.A. — from its hilltop lookouts over the city from the Verdugo Mountains to its proximity to Hollywood studios.

Chicago is tied with Glendale and Long Beach for the highest sales tax in the country. With state taxes at 6.25% and local taxes at 4%, the Windy City has a combined sales tax rate of 10.25%. Still, that hasn’t deterred tourists — the second most visited city in the U.S. welcomes over 50 million annually to see attractions like Millennium Park, Wrigley Field, and the Willis Tower. City residents, on the other hand, have long complained about the high taxes, especially since they were foisted upon Chicagoans as a way to generate revenue after years of corruption and fiscal instability. Despite the budget deficit that prompted lawmakers to instill the increased sales tax rate, there is hope for reform that will alleviate the city from its debt — and perhaps soon, lower sales taxes.