of the Most Unique, Bizarre, and Fascinating Museums in the U.S.

When we think of museums, we tend to consider institutions like the Metropolitan Museum of Art in New York City or the Field Museum in Chicago — pristine showcases for the arts, nature, science, history, or culture. But those are not the only kinds of museums that exist in the United States. For every “serious” museum, there are just as many dedicated to the more lighthearted side of humanity. Take a look at 15 of the most fascinating, unique, and downright bizarre museums in the country.

Every bit of St. Louis’ landmark City Museum — built inside a 10-story, 600,000-square-foot former shoe warehouse — invokes a different kind of curiosity. Take, for instance, the full-sized retired school bus from Roxana School District, which has perched precariously off the edge of the roof since 1999. Or consider the 500-foot concrete and wrought-iron fence shaped like a serpent that appeared in the parking lot in 1994. Or perhaps more thrilling is the largest indoor slide in the Midwest, stretching 10 stories downward, which was added in 2009. At every turn, the freeform museum sparks more questions with its many oddities — from a giant treehouse that starts inside and ends up on the museum’s outer walls, to a 1925 Wurlitzer organ with 1,106 pipes, a system of enchanted caves, and an entire pinball gallery. In short, this city within a city has a little something of everything.

When Nancy 3. Hoffman realized that she had collected several spare umbrella covers and had no use for them, she decided to start the Umbrella Cover Museum in her kitchen. The idea caught on quickly, and people started donating their covers as well. Eventually, she set up a permanent location on Maine’s Peaks Island (a 20-minute ferry ride from Portland), which is open Memorial Day through Labor Day. The mission statement of the museum says it’s “dedicated to the appreciation of the mundane in everyday life” but also about “finding wonder and beauty in the simplest of things, and knowing that there is always a story behind the cover.” Hoffman’s collection made it into the Guinness Book of World Records with 730 covers in 2012, though there are now well over 2,000 of them from 71 countries.

The canned meat product may not be for everyone, but at the SPAM Museum in Minnesota, it’s celebrated with nine galleries covering 14,000 square feet. Filled with photo opportunities and interactive games, the ode to SPAM is open year-round and entices visitors with free admission. And if you can’t make it all the way to the museum, SPAMbassadors are currently offering virtual tours on Tuesdays and Thursdays. Pre-pandemic, the museum received about 115,000 visitors a year — and one of the most common questions asked was what "SPAM" stands for. As it turns out, the “Sp” is for “spiced” and the “am” is from “ham.” 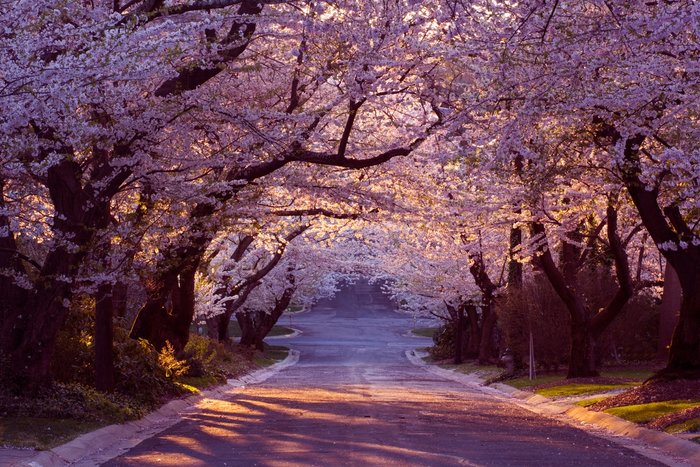 The bright lights of Las Vegas have long reflected its bigger-than-life personality — and now some of the most iconic neon signs throughout its history are gathered together at the Neon Museum, which opened in 1996 at the former La Concha Motel. The highlight of the site is the 2.25-acre Neon Boneyard, a junkyard of sorts that has been piled up with 250 signs representing landmarks from the 1930s until today. Among its highlights are signs from the Hard Rock Cafe, as well as the Stardust and Sahara hotels.

The creator of the Mustard Museum, Barry Levenson, claims that he was walking past the mustard section at a grocery store one night when he heard a voice that said, “If you collect us, they will come.” So in 1986, Levenson — who was also the Wisconsin state assistant attorney general at the time — started building up the world’s largest collection of prepared mustard. He turned his attention to the condiment full-time in 1991 and opened the museum a year later, before expanding to its current location with more than 5,624 mustards and related knickknacks. Also known as the “Condimental Divide,” the collection includes varieties from every state and 70 counties, and features a tasting bar with more than 100 types of mustard.

Archaeologist Andrea Lunden had a simple problem 35 years ago — none of the pepper mills that she had in her home worked. So she went on a search for the best one, and it became an obsession. She started collecting all kinds of shakers, varying in size, shape, and designs. Eventually, Lunden applied her profession to the hobby and started cataloging them all — until her husband Rolf said she had to do something with them. Soon after, they moved to the Smoky Mountains and launched the Salt and Pepper Shakers Museum, which now has more than 20,000 pairs of shakers. Lunden said that one of the reasons she started the museum is “to bring people together,” since we are all connected to the spice holders in some way. Located in Gaitlinburg’s Winery Square, the museum charges just $3 for admission, and it goes toward a shaker purchase in the gift shop.

A nostalgic part of candy culture, PEZ Candy dispensers aren’t just about popping out little candies. The characters depicted on top of the dispensers have also made their mark on pop culture. Invented in the 1920s in Vienna, Austria, as an alternative to smoking, PEZ gets its name from the first, middle, and last letters of the German word for peppermint, pfefferminz. After the candy made its way to the U.S. in 1952, the company built a manufacturing plant near New Haven in 1973. A visitors center opened in 2011 that is one part store, one part factory tour, and one part PEZ displays (with everything from Disney characters to rock bands like KIIS). Perhaps the most exciting part of the visit is trying to locate all the historic PEZ characters on a bingo card — if you win, you get a PEZ dispenser to take home.

The lines between the inanimate and real life are blurred at New Jersey’s 42-acre Grounds for Sculpture. The outdoor museum features about 300 pieces, some of which are so realistic that guests often find themselves accidentally interacting with them. Some appear to be caught in action, standing in the pathways or reading a newspaper, while others depict famous paintings, allowing visitors to step into 3D versions of Pierre-Auguste Renoir’s Luncheon of the Boating Party and Claude Monet’s La Terrasse A  Sainte-Adresse. Also on site is an oversized version of Grant Wood’s American Gothic and Marilyn Monroe in her famous white dress. Set against a serene lakeside garden on the former New Jersey state fairgrounds, the outdoor museum was the brainchild of sculptor Seward Johnson.

It’s always hammer time at the Hammer Museum, which is dedicated to the humble tool. With four rooms showcasing more than 2,000 pieces, it has helped put this northern Alaska panhandle town on the map. Displays trace the long history from stone hammers in ancient Egypt through Indigenous and Native Alaskan varieties, and how they’ve all influenced today’s design. And just to show what a big impact the tool can have, there’s a claw hammer at the front of the museum made of a spruce log that measures nearly 20 feet long.

Of course a dessert that’s as beloved as Jell-O has its own museum, located where carpenter Pearle Wait invented the treat in 1897. (He ultimately sold the trademark for $450.) With the original advertisement art, as well as toys, collectibles, and recipes, the Jell-O Gallery is all about celebrating jiggly gelatin, and visitors are encouraged to share their favorite recipes and stories. Among the fun trivia you’ll learn here: The original four flavors were orange, lemon, strawberry, and raspberry (lime came later in 1930), and the Woodward Airport in Oklahoma once hosted an airshow where pilots had to land a plane, eat a bowl full of Jell-O, and then take off again.

If you can’t get enough of the underground veggie, then this museum is for you. The Idaho Potato Museum has the very noble mission of educating people on the state’s most famous crop. Located inside a 1912 railroad depot of the Oregon Short Line, the exhibits trace the roots of the potato — as well as essential trivia, like the fact that Pringles makes the largest potato crisp. A stop at the Potato Station Cafe is mandatory — menu items include the classic baked potato and fries, as well as more inventive offerings like potato ice cream and a potato cupcake.

Here’s a place that seriously hums. As part of the Kazoo Factory, the Kazoo Museum offers a tour through American history through the lens of the easy-to-learn instrument. Also available here are factory tours to see how the small, tube-shaped sound makers are created, as well as the opportunity to make your own. With over 200 instruments and related items, it’s one of the world’s largest collections of kazoos.

To some, Barney Smith’s odd collection should just go down the toilet. But the master plumber always found time to lurk on the toilet seat, turning the unusual surface into a canvas for his collection of 1,400 art pieces — everything from license plate designs to more quirky statement pieces. Smith opened the museum in 1992 in his backyard garage, but when he announced his retirement, his collection moved over to the Truck Yard, where it’s available to browse every day from 11 a.m. to 2 p.m.

With 44,027 bunny-themed objects, California’s Bunny Museum has to be the hoppiest place on earth. The museum, located in a suburb of Los Angeles, celebrates anything and everything related to furry creatures — even going as far as including dust bunnies and rabbit ear antenna. Among the highlights are nine original float bunnies featured in the New Year’s Day Rose Parade, bunny art from the White House Easter Egg Roll, and a rabbit-shaped pitcher called Elvis Parsley.

Finally, here’s a museum that has really found its voice. The Vent Haven Museum proclaims itself the world’s only museum dedicated to ventriloquism; it’s home to more than 900 dummies that have been used since the 19th century. Founded by Cincinnati native​​ W.S. Berger, a ventriloquist enthusiast and collector, the exhibit started as his personal collection until he opened a permanent museum in 1973. Today, it’s so popular that the museum is constructing a new facility set to open in 2022. The museum also hosts an annual Vent Haven International Ventriloquist Convention, celebrating the entertainment form for everyone from hobbyists to professionals.