Talking about "football" without context in a multicultural crowd can get you a few confused looks. You may already know that the sport called "soccer" in the United States is called "football" abroad. Some people hedge their bets and call it "association football" to avoid confusion. But there's another term that can add a bit more clarity. When you want to be even more specific in the other direction, you can refer to what Americans call "football" as "gridiron football" so you can talk about the sport. If you love both gridiron football and association football, pull up a chair and enjoy these four less hotly debated (and less well-known) international sports:

If you've ever seen a cartoon character frantically trying to balance on a spinning log as it bobs towards a waterfall, you've seen one-person log rolling. In real log rolling matches, you'd switch out the waterfall for a second competitor. This sport involves two competitors standing on a free-floating log, doing their best to knock the other into the water.

Log rolling got its start back at the mid-nineteenth century peak of logging and lumberjacking in central North America. Logs were rolled down rivers to transport them to ships and sawmills. Simple contests about proving balance quickly turned into competitions of who could spin a log just the right way to send someone flying into the water. Now, it's a little-known sport with die-hard fans. It's a non-contact competition, so players have to sprint on, kick, and spin the log to try and make their opponent lose balance. The first person to fall over loses the match.

Hopefully, according to the Federation of International Log Rolling, this sport will soon make it into the Olympics. One of the biggest hang-ups is that the logs aren't standardized. But lovers of the game are quickly making headway in designing a water-filled synthetic log that may catch on internationally.

Caber tossing got its start in Scotland. Competitors toss tapered wooden poles into the air. Heave might be a better word, however, since the cabers are over 19 feet long and weight 175 pounds. But this isn't a game of distance. Instead, caber tossers grab the standing caber by the base, get a running start, and then fling it into the air so it spins end over end. The goal is to flip it hard enough that the bottom becomes the top — which is called striking 12 o'clock — before it hits the ground and (ideally) continues falling away from the tosser.

Just like log rolling, the sport got its start because lumberjacks needed a good way to get felled trees out of the forest and into a factory or ship. One potential origin of the sport was lumberjacks tossing trees across narrow rivers and chasms in order to create a makeshift bridge.

This competition is about strength, but technique matters just as much. This is made even more difficult by the shape of the pole: it's tapered toward the bottom, so competitors are dealing with a top-heavy, 175-pound pole. Unfortunately, this sport can be hard to find outside of Scotland, but that'll just make your next trip to the area even better.

This sport uses all the best elements of several different games and combines them into a brand new challenge. If you take a bouncy castle, a trampoline, and a volleyball, you've got a Bossaball court in the making. Now you just need two teams of four players who can jump around and use a variety of volleyball and soccer maneuvers to drive the ball toward their opponents' side of the net. This is a fun, high-energy sport for players and the audience.

While it has its own rules, newcomers to the sport can easily follow along if they've seen a volleyball match. "Bossa" is Brazilian Portuguese for a concept similar to "flair," so you can expect to see some wild moves. In fact, one of the most important rules is that players have to keep at least one body part on their side of the net, which might make you wonder what moves the players usually try.

The last, and arguably the most important, element to a good Bossaball match is the referee. They turn things from a Bossaball match to a Bossaball show by serving as a Master of Ceremonies. They use percussion instruments, DJ sets, and whistles to fill the air when they aren't making calls.

While the sport originated in Spain, it was created by a Belgian named Filip Eyckmans and part of the name has roots in Brazilian music. It doesn't get more international than that. And catching a game of Bossaball is just one of the best ways to experience Spain. 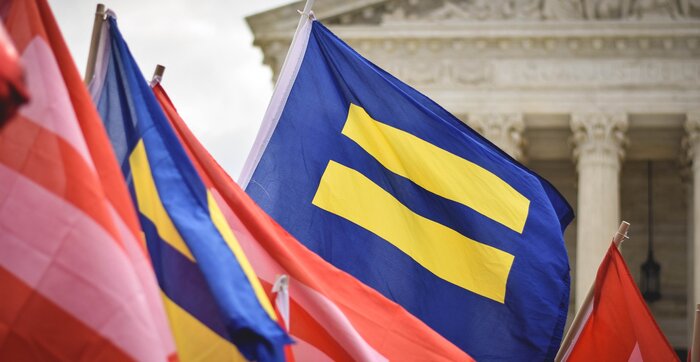 If volleyball and Bossaball sound interesting, you might love sepak takraw just as much. This Southeast Asian sport could be described as kick volleyball, and it's a game in which competitors can only use their head, chest, knees, and feet. It's like a volleyball match with a few soccer rules thrown in. Depending on where you travel in Southeast Asia, you might hear it called slightly different names. It's called sipà in the Philippines, takraw in Thailand, and, occasionally, sepak raga in Malaysia.

Sepak takraw got its start in 15th century Malaysia. So it might be more accurate to call volleyball, which was officially created in 1895, a Massachusetts version of sepak takraw. Today, the game is a major event in the Asian Games and Southeast Asian Games. It also has a following in Canada, Japan, and the United States.

While the game is usually played as a competition between two teams, Myanmar has a slightly different version that you can see when you travel to Kuala Lumpur. Instead of trying to score points against other players, teams try to keep the ball going in the air using a variety of graceful and interesting moves for as long as possible. This version is called chin lone.