https://blog.assets.traveltrivia.com/2020/02/shutterstock_436818499-1.jpg
6 Ways Valentine's Day Is Celebrated Around the World
/ways-valentines-day-is-celebrated-around-the-world/
February 1, 2020
/assets/images/icon__author-backup.png?v=8cd9c438dd
Travel Trivia Editorial
asia
Many of the world's greatest wonders are forged by natural forces. Soaring mountains, glacial fjords, and breathtaking underwater trenches are all part of our global ecosystem. However, the ingenuity, creativity, and ambition that goes into designing some of the world's most impressive cities is a feat equally worthy of admiration. Here are five of the most ambitious cities ever designed and what it took to make these urban creations a reality.MariCredit: Heretiq/ CC BY-SAIf you could go back in time to ancient Mesopotamia, you'd find Mari near the west bank of the Euphrates River. It's one of the oldest... 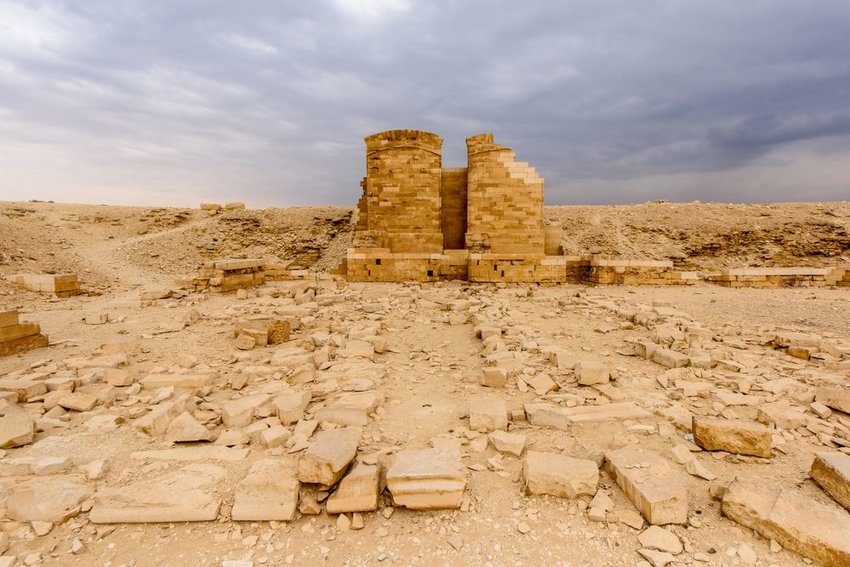 5 Most Ambitious Cities Ever Designed

3 Most Incredible Stepwells in India

Valentine's Day, for many, is synonymous with love. In the USA, stores and restaurants may be filled with red and pink decorations, flowers and candies are stocked up and ready to go, and it's not uncommon to see cupid adorning walls and windows. While many countries celebrate Valentine's Day in similar ways, some have their own version of the Day of Love. Let's look at some Valentine's Day traditions and celebrations around the world.

In South Korea, there are actually 12 love days — one for each 14th of the year. But only two of these are widely celebrated. February 14 is Valentine's Day, and chocolates are traditionally given by women to the men. White Day occurs the following month on March 14. On this day, the man will reciprocate with a gift of his own for the woman, which is usually grander or larger than the woman's gift. The two holidays have started blending together in recent years. Now, both parties give presents on both days, and stores will stay stocked and decorated until after White Day.

The two days have also expanded beyond romantic couples to include giving gifts to friends, family members, and coworkers. From boutique chocolatier shops to the corner convenience store, Valentine's Day and White Day goodies often bring in some of the best sales days for any business that sells chocolates and candies. Two of the most popular brands to give are Ferrero Rocher and Chupa Chups.

There is a third love day that is also widely known: Black Day. On April 14, any single person that didn't receive gifts from a romantic partner on Valentine's Day or White Day is supposed to head to their local Chinese restaurant. There, they can enjoy an order of noodles in black bean sauce called jajangmyeon with their single friends. This is rarely actually celebrated and almost never advertised, but it is often brought up and joked about.

France: A Day Only for Lovers

In France, Valentine's Day is known as la fête de Saint Valentin, or La Saint-Valentin for short. French romance culture, in general, remains more traditional in nature than in the U.S. In fact, there isn't even a word for "dating" in French in the way we use it in English. Traditions are kept in line with the past when it comes to La Saint-Valentin, as well, and the day is reserved only for romantic love interests.

France, and particularly Paris, has a reputation for being the pinnacle of romantic destinations. Something about the fine wine, street quartets, and the glowing lights all seem to say, "This is the place to be in love." It would be natural to assume that the French go all out for this day, but that often isn't the case. They tend to keep celebrations simple by giving chocolates and flowers or going out for a romantic dinner, but they don't go over the top with gifts and gestures.

Brazil: A Day of Love for Another Saint

In Brazil, there is no beating Carnival when it comes to celebrations. Carnival is one of the biggest events of the year, and it has parades filled with elaborate costumes, music, and dancing. The days of Carnival fall differently each year depending on when Easter occurs, and it sometimes happens on or around February 14. This is why St. Valentine's Day never really took hold as a holiday on its own, but Brazilians do celebrate a similar holiday.

Dia Dos Namorados, Lover's Day, happens each year on June 12, the night before St. Anthony's Day. It is a day of sharing a romantic meal and some gifts with a romantic partner. St. Anthony is known as a patron saint of marriage who blesses married couples and helps single women find love.

Wales also has a day of love for a saint other than Valentine, and her name was Dwynwen. St. Dwynwen is Wales's patron saint of friendship and love. The story goes that Dwynwen was arranged to be married to a man she didn't love and couldn't marry the man she did love. After some praying and some wishes that involved freezing her love in a block of ice and then thawing him, she ultimately became a nun and focused on praying for others to find the love they desired.

St. Dwynwen's Day is celebrated each January 25 in much the same way Valentine's Day is in the U.S. However, the Welsh have a tradition of gifting love spoons that is unique to their country. Traditionally, a love spoon was a wooden spoon carved and whittled with intricate designs on the handle that was then given to a romantic love. Today, spoons can be purchased from skilled artisans for those unable to carve one themselves.

Philippines: Say "I Do"

In the Philippines, Valentine's Day is celebrated in a way similar to other countries: with small gifts and dinners out — unless it becomes your wedding day.

In the Philippines, weddings often occur on or around holidays such as Christmas and Valentine's Day. Not only will individual couples use the day to get engaged or have their wedding, but many couples have the option of participating in mass weddings. These mass weddings take place at malls, parks, and other venues and often include many free perks like flowers and even rings. Sometimes, the entire ordeal is free of charge for the couple. It's not uncommon for brides and grooms of all ages to dress in white and share their vows at the same time as hundreds of their fellow citizens with a public official officiating.

In China, there are a number of festivals, all with their own particular significance and customs. Though there is some observance of Valentine's Day on February 14 in the form of purchasing candies and small gifts, the more significant holiday for love is called the Qixi Festival. It falls on the seventh day of the seventh month, according to the lunar calendar, which typically puts the holiday sometime in August.

The celebration centers around the story of the goddess named Zhi Nu, who fell in love with a cow herder named Niulang on Earth. Zhi Nu's mother didn't approve and did her best to separate the two. The lovers never gave up on each other, but Zhi Nu's mother was able to separate them with the Milky Way. In the end, she was moved by their devotion and lets them visit just once a year using a magpie bridge on the seventh day of the seventh month. The story is a tale of undying love despite all obstacles.

The Qixi Festival is celebrated differently across the many regions of China. But some common traditional ways to celebrate include giving offerings of fruits and nuts, making dumplings, and participating in competitions for weaving and embroidering. Influenced by Valentine's Day, couples often go out for dinner and share gifts of chocolates and flowers as well.